Go to our website for links to primary source search engines.

Would you like to do a field trip to Plymouth State University's Lamson Library?
Email the library by Clicking Here or calling (603)535-2833. 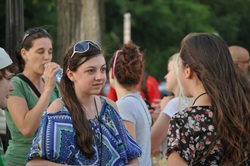 White Mountain History.  This website is locally sponsored and extensively covers this specific area of New Hampshire history.   The Mission  of WhiteMountainHistory.org is to  Identify, Record and Interpret sites of Historical and Cultural Importance within New Hampshire's White Mountains and to  preserve the photographic and documentary evidence of those sites.

Berlin Brown Paper Museum.  This is an online collection of images from Berlin's Brown Paper Mill.  The Brown Company Photographic Collection documents the history of the Brown Company paper mill of Berlin, NH from the late 19th century through the mid-1960s. Much of the collection chronicles the social, cultural, and recreational lives of the workers, their families, and the place of these people in the life of the city of Berlin.

Portsmouth Peace Treaty.  The Russo-Japanese War of 1904-05 was fought between Russia, an international power with one of the largest armies in the world, and Japan, a tiny nation only recently emerged from two and a half centuries of isolation. These Web pages explore the causes of the war, the military conflict on land and sea, President Theodore Roosevelt's back channel diplomacy, and the peace negotiations hosted by the United States Navy and the State of New Hampshire.

Shaker Museum.  The Enfield Shaker site has been cherished for over 200 years. At its peak in the mid 19th century, the community was home to three "Families" of Shakers. They practiced equality of the sexes and races, celibacy, pacifism and communal ownership of property.

General Collections (This information was borrowed from MN NHD)
Library of Congress. The Library of Congress is the nation’s oldest federal cultural institution, and it serves as the research arm of Congress. It is also the largest library in the world, with more than 120 million items. The Library’s website provides access to the catalog and numerous online resources including historic documents, online exhibits, and legislative documents.

American Memory Project, Library of Congress. American Memory is a gateway to rich primary source materials relating to the history and culture of the United States. The site offers more than 7 million digital items from more than 100 historical collections.

Chronicling America, Library of Congress. Digital collection of historic American newspapers from 23 states, from 1860-1922. Search by state, newspaper, dates, keyword, or use pre-determined search dates and keywords organized by topic, in “Topics in Chronicling America.”

DocsTeach Documents, National Archives. Documents from 1754 to the present, sorted into eras and into document types. Includes historically significant documents as well as other historical documents, such as family trees, receipts, marriage announcements, arrest warrants and informational films.

Internet History Sourcebooks Project, Fordham University. Links to a wide variety of historical texts from around the world broken down by timeframe and region.  Sources range from Ancient Greek texts to modern American history.  Great for world history and European history topics!

The American Presidency Project, University of California, Santa Barbara. Comprehensive collection of documents related to the study of the presidency. Documents include executive orders, State of the Union addresses, inauguration addresses, and addresses to the nation.

The Avalon Project, Yale Law School. Documents in law, history and diplomacy, ranging from 4000 BCE to the present. Documents are grouped by century and listed alphabetically. Full text, and source of document listed at the end.

Famous Trials at the University of Missouri Kansas City. Douglas Linder, a law professor at UMKC, has taken 60 famous trials from national and world history and provided information to understand and interpret the trial decision and results. Trial information includes chronology, primary documents and, when, available, images.

HarpWeek: Explore History, Harper’s Weekly. Collection of political cartoons dating from the 1860s, including each presidential election from 1860 to 1912, and mid-19th century political controversies. Also includes other features from “Harper’s Weekly”, lesson plans, simulations and a cartoon search engine by topic or date.

Our Documents. The Our Documents initiative provides online access to 100 milestone documents of American history. Resources include images of the actual document, transcriptions, and context.